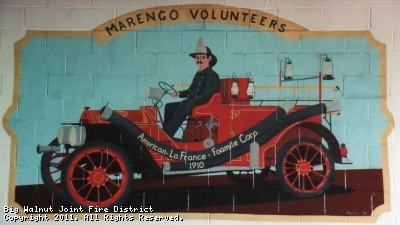 A painting of the original fire truck for the Marengo Fire Department, circa 1976

The Big Walnut Joint Fire District has served the citizens of Morrow County for nearly 100 years, tracing it's service back to the early 1900's when the "Marengo Volunteers" fought fire with their Model T apparatus. 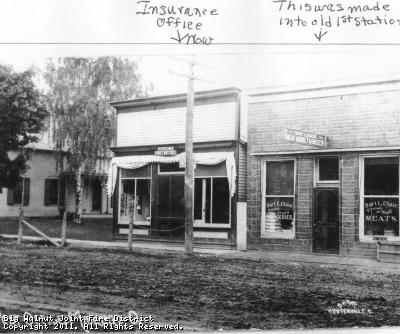 Site of the Bennington Township Fire Brigade, circa early 1900's

The Village of Marengo relied on it's fire protection from the "Marengo Volunteers", a volunteer fire department quartered in this building. Their primary firefighting apparatus was a Model T fire truck, pictured at the top of the page. 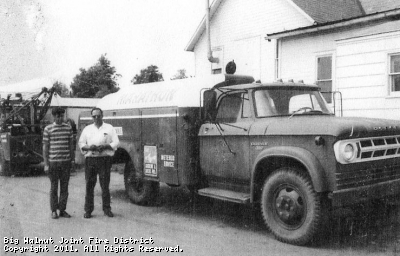 Marengo Firefighters pose in front of the tanker circa 1960's 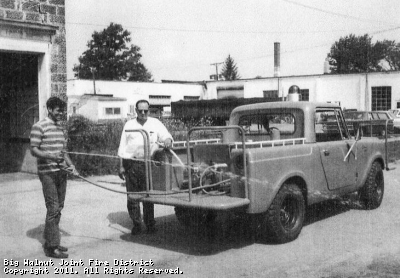 Marengo Firefighters test the pump on a brush truck, circa 1960's 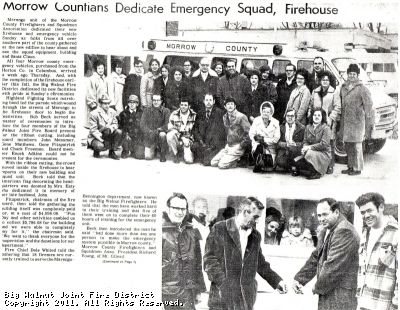 With the Morrow County Firefighter's and Squadsman Association formation of Morrow County EMS, the Village of Marengo and Bennington Township met to discuss the formation of a Fire District and disolve the Marengo FIre Department and the Bennington Township Fre Brigade. A levy was put on and the MVFD was dissolved and the Big Walnut Joint FIre District was created. Many of the Firefighters participated in the medical training offered by Morrow County to recieve their Emergency Medical Technician. The 1st fire station was torn down and a new fire station was built with the cooperation and donations from the community. 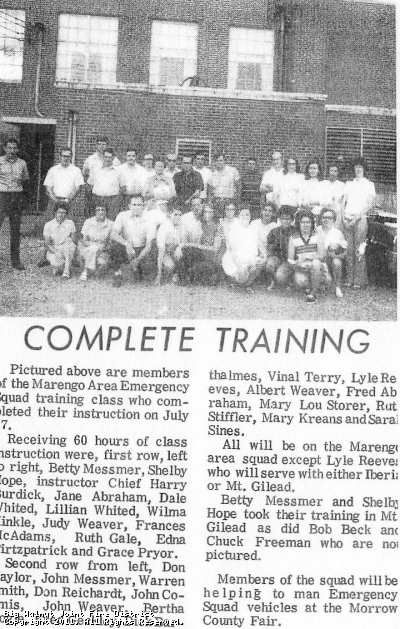 Historically refered to as the "60 hour miracle", members of the Marengo Fire Department attend training along side EMS personnel in 1971.

BWJFD Charter Board of Trustees - 1971 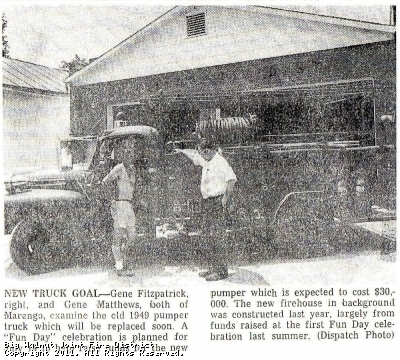 Addition of Village of Chesterville and a 2nd Fire Station

Construction of a new fire station

With membership growing and the need for bigger and more apparatus being added to the fleet, the need for a bigger fire station was apparant. With a shoestring budget there was question as to how this new station could be built. After much planning, cost cutting measures were made and ground was broken on October 30, 2000. Among those who contributed to the building of the new station include:

The new station was dedicated in 2002.

Links
Medflight of Ohio
Medflight is a air ambulance company that assists us on a regular basis. If a person is badly injured or has a live threating illness, they are often transported to a trauma hospital or a medical facility that can handle specific illnesses (heart attack o...
International Fire Photographers Assoc
Village of Mount Gilead
Big Walnut Joint Fire District
4600 State Route 229
Marengo, OH 43334
911
419-253-2222
Map
Directions

This site has been viewed 172,531 times.
News
Events
Pictures
Apparatus
Maintained by the members and staff of Big Walnut Joint Fire District. Designated trademarks and brands are the property of their respective owners. Copyright © 2006-2022. YourFirstDue Inc. All Rights Reserved. Content on this web site is supplied by Big Walnut Joint Fire District. YourFirstDue Inc. cannot be held responsible or liable for any content, text, pictures, or any other media found on this web site.
Management login
Powered by